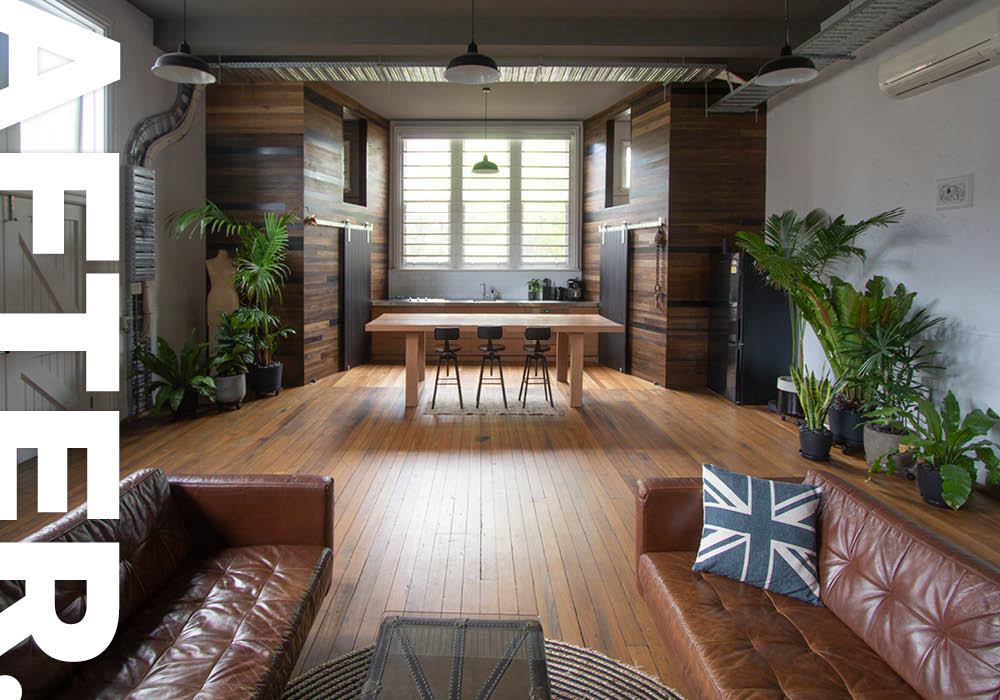 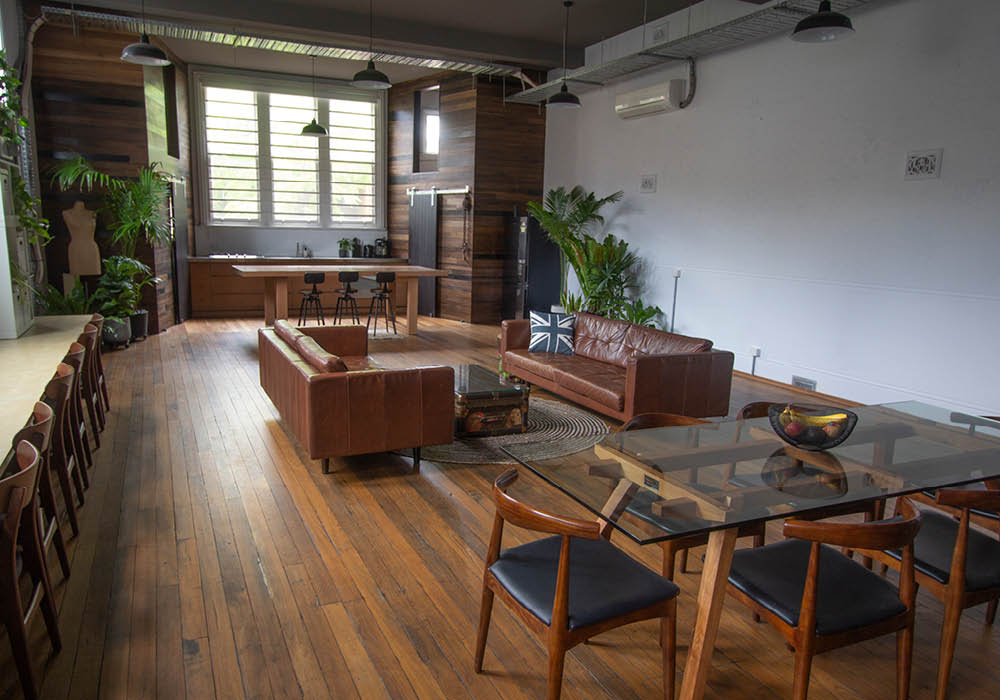 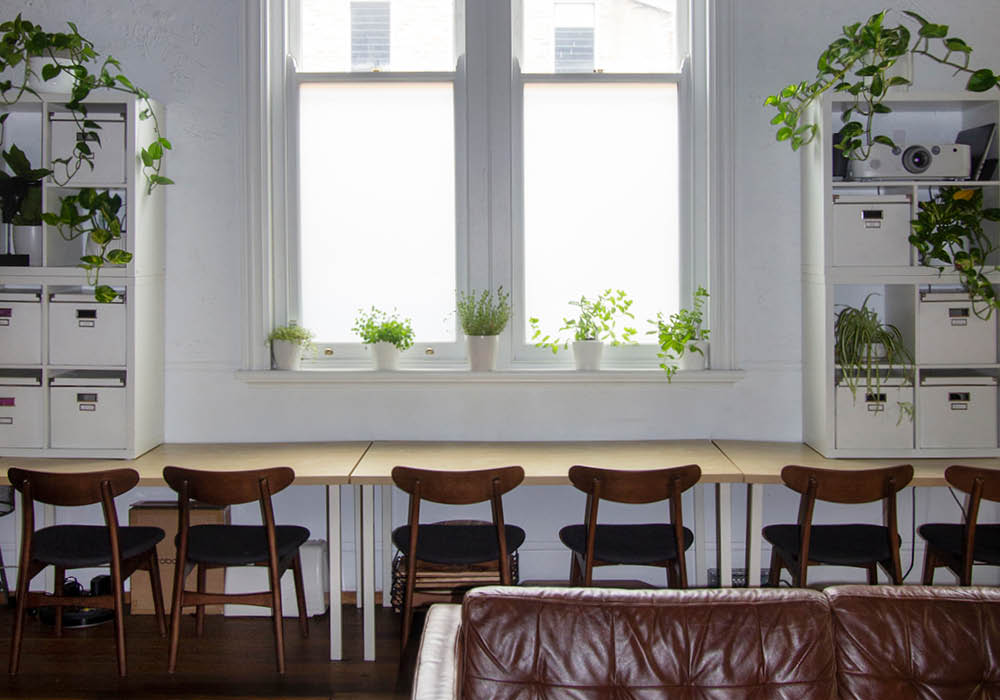 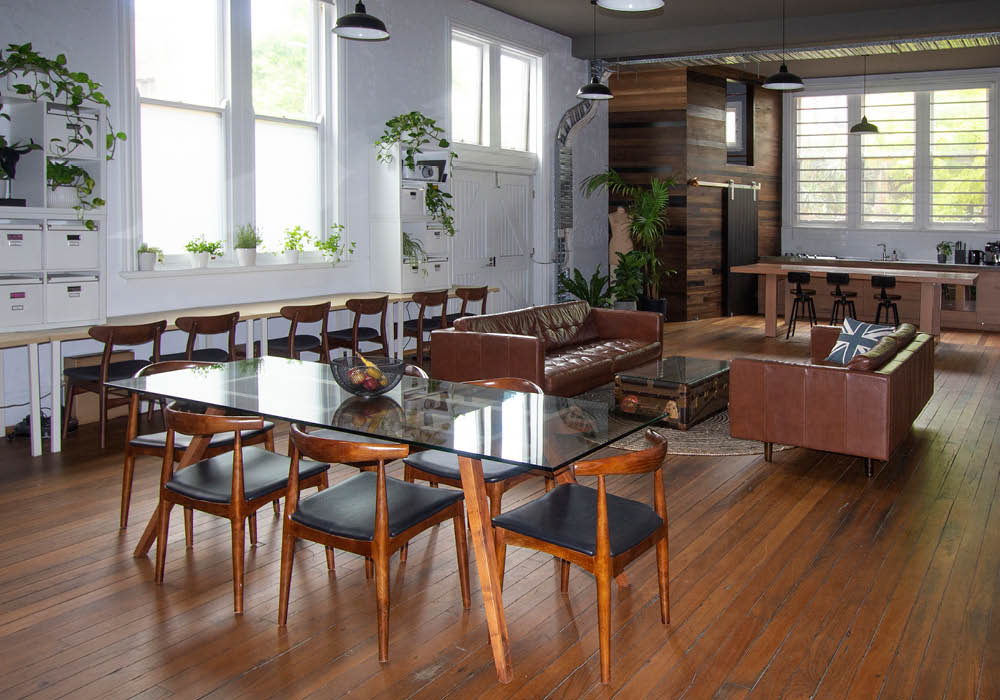 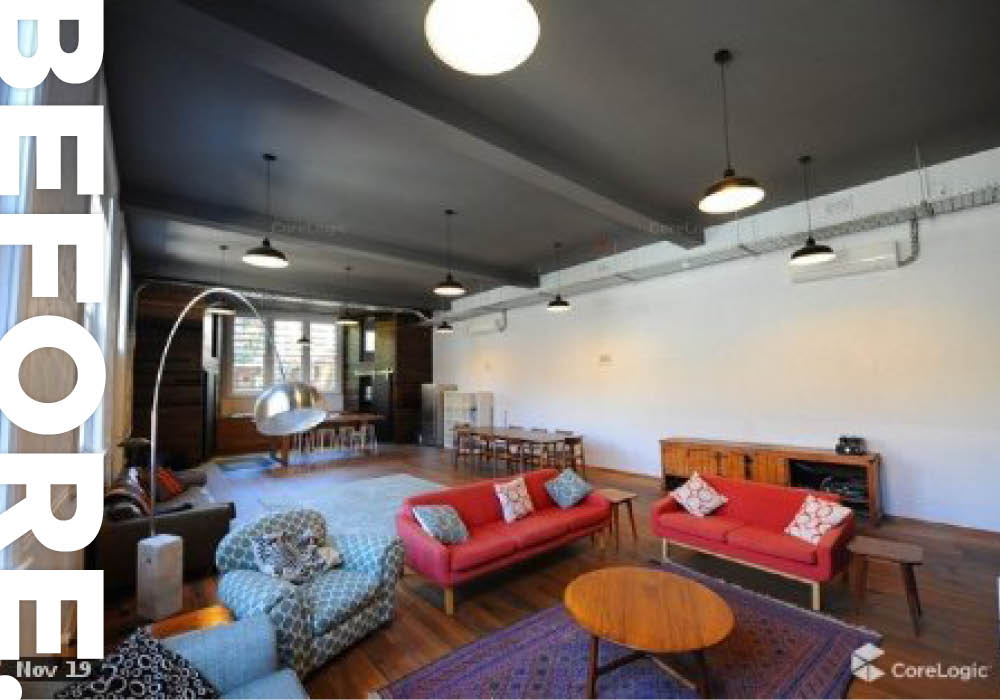 A warehouse interior styling project such as this is a once-in-a-lifetime opportunity. Located in the heart of Newtown, it was originally the Railway Workers Men’s Club and had a shooting range on the roof. It then became the Champions Textile warehouse. Fast forward eighty years, and it had become Alan Jones house and occasional base for broadcasting. Subsequently, Dion Lee’s also used it as his studio and world boxing champion, Danny Gree used it for training.

A couple bought and extensively refurbished the warehouse in 2012. They created a two-storey home on top, an apartment on the side and this studio on the bottom floor. This space needed warehouse interior styling for a photoshoot for rental.

The warehouse space was around 150sqm, and desperately needed more light and sectioning of areas. In addition, it was all wooden and white with touches of black. The electrics and air conditioning were exposed across the roof giving an industrial feel.

We separated the space into a lounge, dining and work areas. A major problem we encountered was finding a spot for the TV. In the end, we tucked a projector into a tower on one wall. It projected a 6 metre wide image onto the massive white warehouse wall. We chose a vintage brown twin sofa set with an antique travel trunk as a coffee table. The living area was all connected using a round jute rug.

Since the space was so large, we put an eat-in kitchen within the large kitchen area. With this in mind, the table could be used for food prep as well as dining. We chose industrial stools in walnut and black metal to suit the industrial feel of the warehouse. We replaced a silver large fridge with a black one so it blended more into the background. Additionally, we used large and small plants to hide the awkwardness of the corner areas. Finally, we placed a vintage dressmaker’s dummy in the corner to pay homage to the studio’s past.

Using a wooden tabletop would have brought too much wood into the room. Instead, we chose a glass mid-century table with walnut legs. This was matched with walnut and black leather chairs. The glass of the tabletop reflected the light from the large (what?)

The studio space needed room for eight workers. The wall was perfect as it had abundant light. To keep as much natural light as possible, we placed the storage shelves between the windows. The far-right shelf also housed the projector for the living area.

To see another Warehouse that was renovated by Kollectiv, click here.