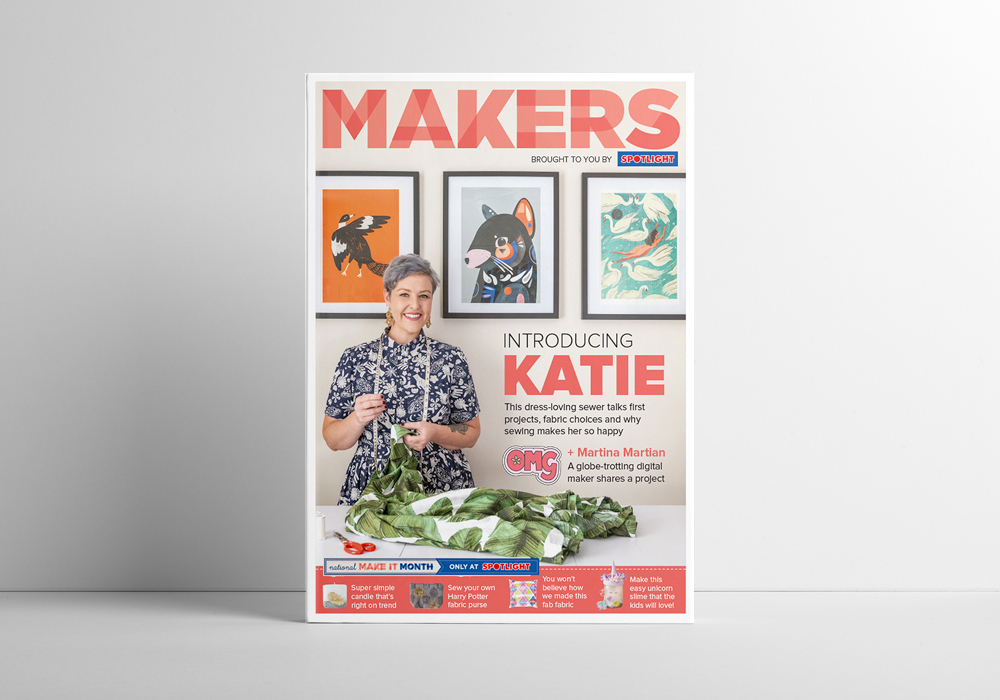 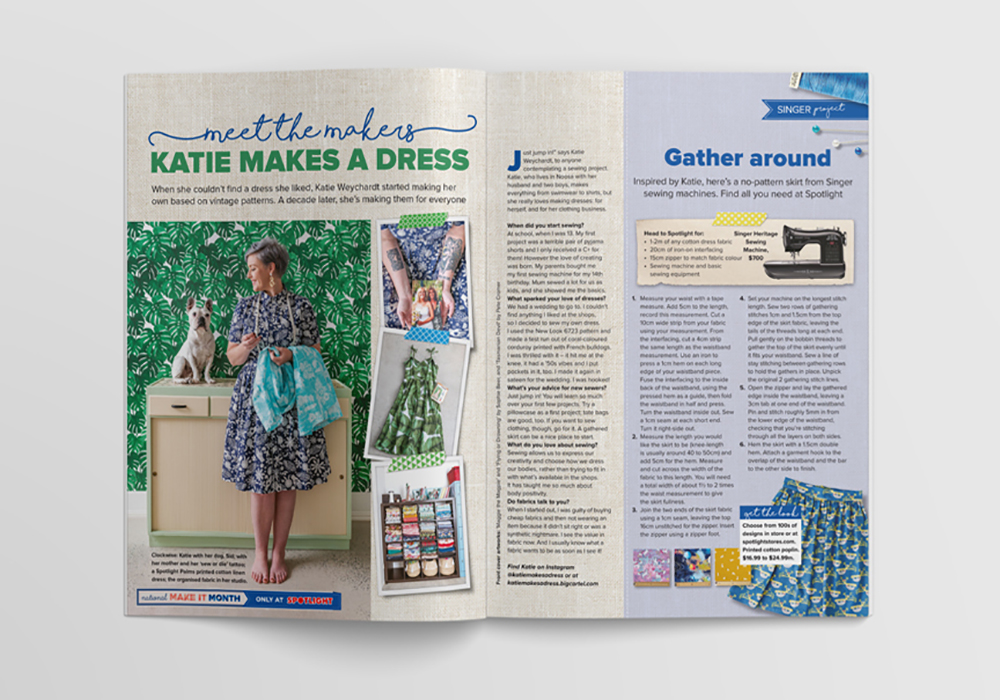 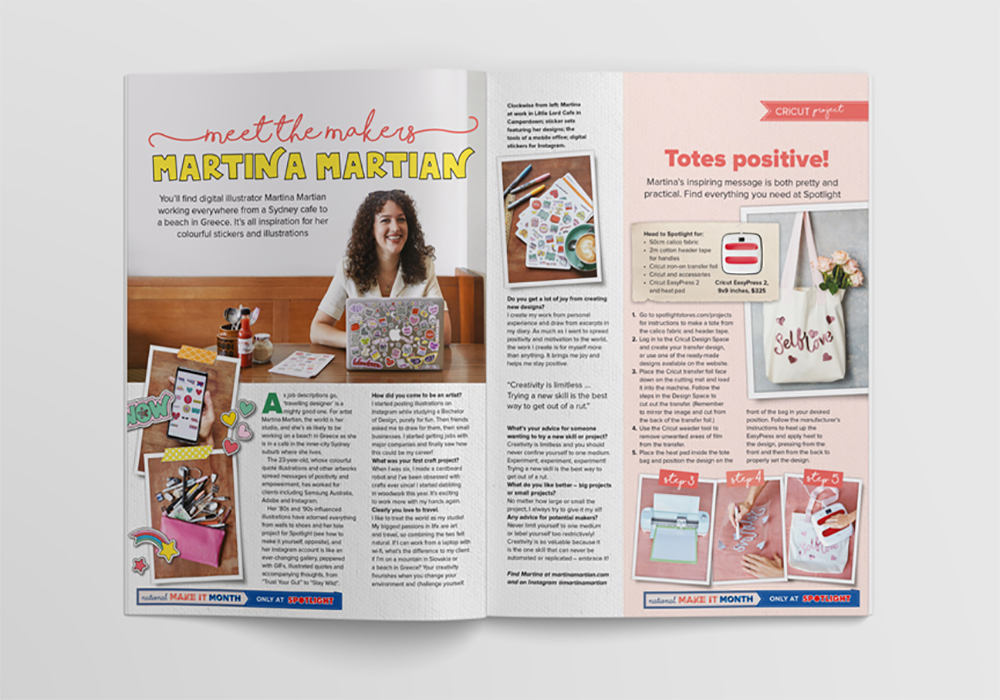 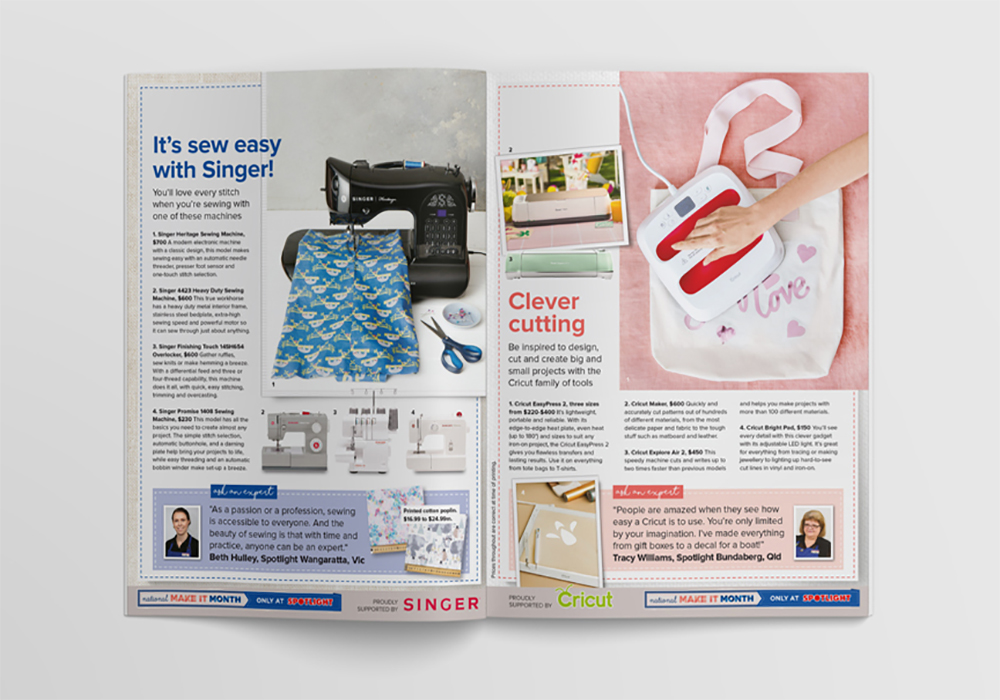 Spotlight commissioned Kollecitv to produce and art direct a newspaper insert concept and design. The intention was to showcase their products in a lifestyle publication rather than a catalogue. It would be inserted into newspapers, as well as handed out instore. Previously, Spotlight usually only produced print and online catalogues to promote their products.

Calling in the Influencers

To bring a lifestyle element into the newspaper insert concept and design, we called upon two online influencers. The first influencer was Katie from Katie Makes a Dress. Katie handmakes a limited run of a particular dress pattern and sells them online. She often uses hard-to-find designer fabrics, and also designs her own fabric. Chris Jones (the photographer) and I flew into Noosa to art direct the photoshoot at Katie’s home and studio.

The second influencer was Martina Martian. Martina designs illustrations for Instagram and holds sell-out workshops around the world. Nigel Lough (the photographer) and I went to Newtown to photograph Martina in her favourite café and surrounds.

To make it less like a catalogue, and more like a book, we tied the influencers into the product pages. When having to dedicate a page to a sewing machine, we used Katie’s fabric. On another page, we promoted a Cricut machine, and Martina designed a slogan for us to use.

Bringing the book together

Working with Spotlight to produce a book that was more lifestyle and less catalogue was a challenge. We used a scrapbook look and feel similar to our Deborah Hutton Cookbook to loosen up the design. Subsequently, the outcome was a good balance of both and was reflected in the sales of the featured products.