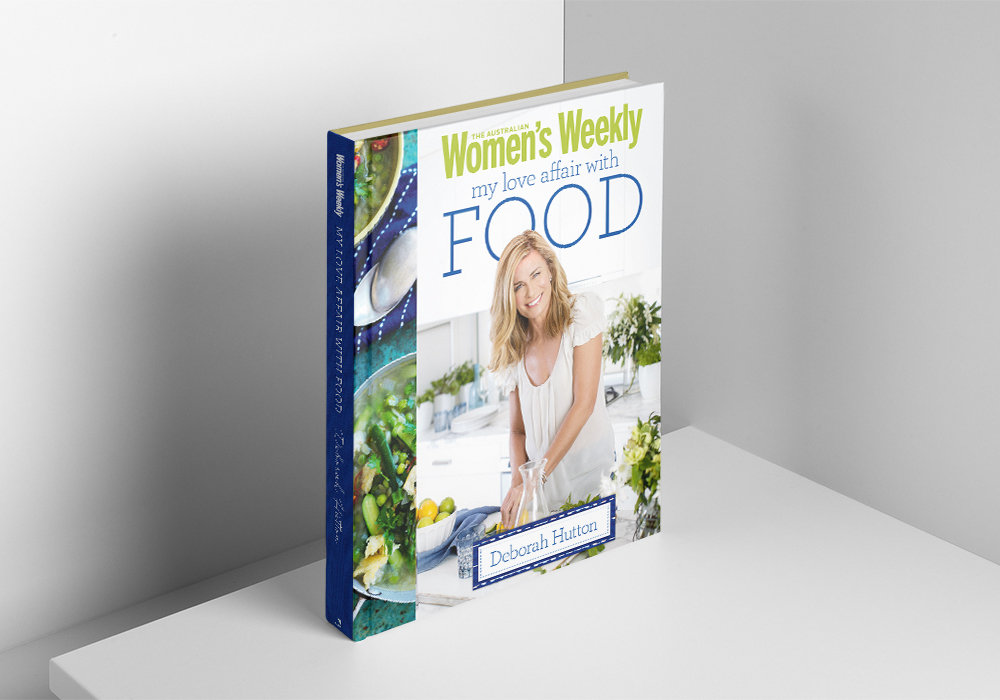 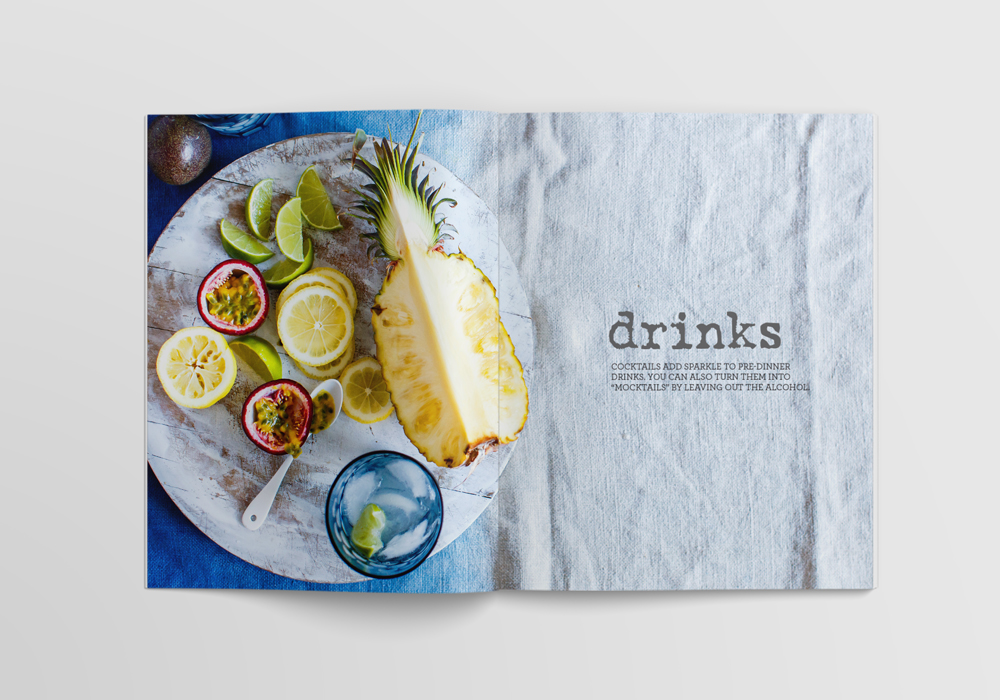 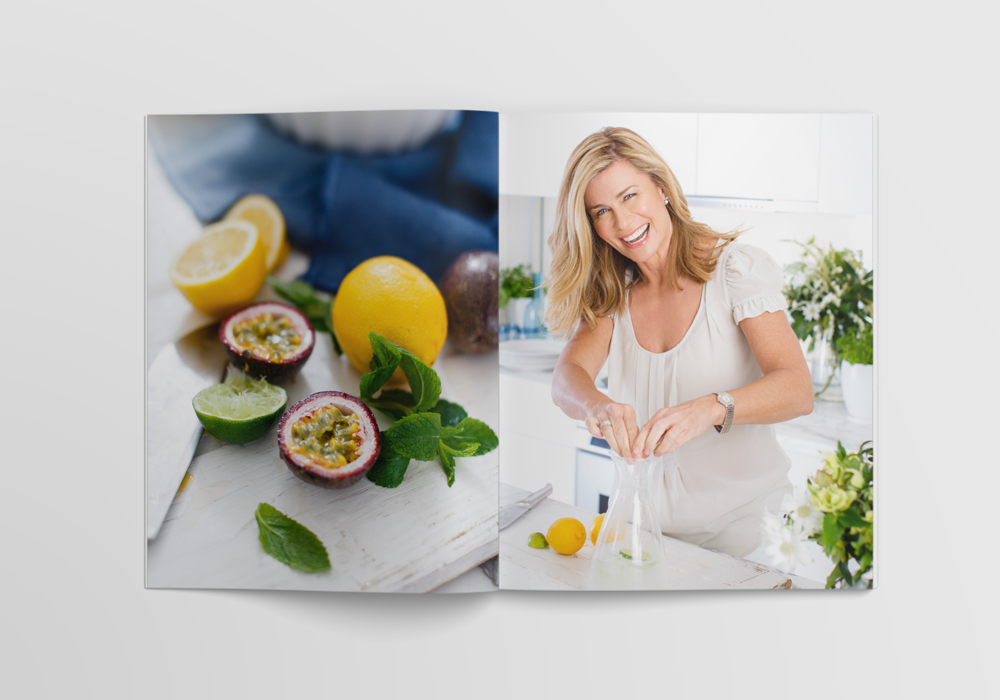 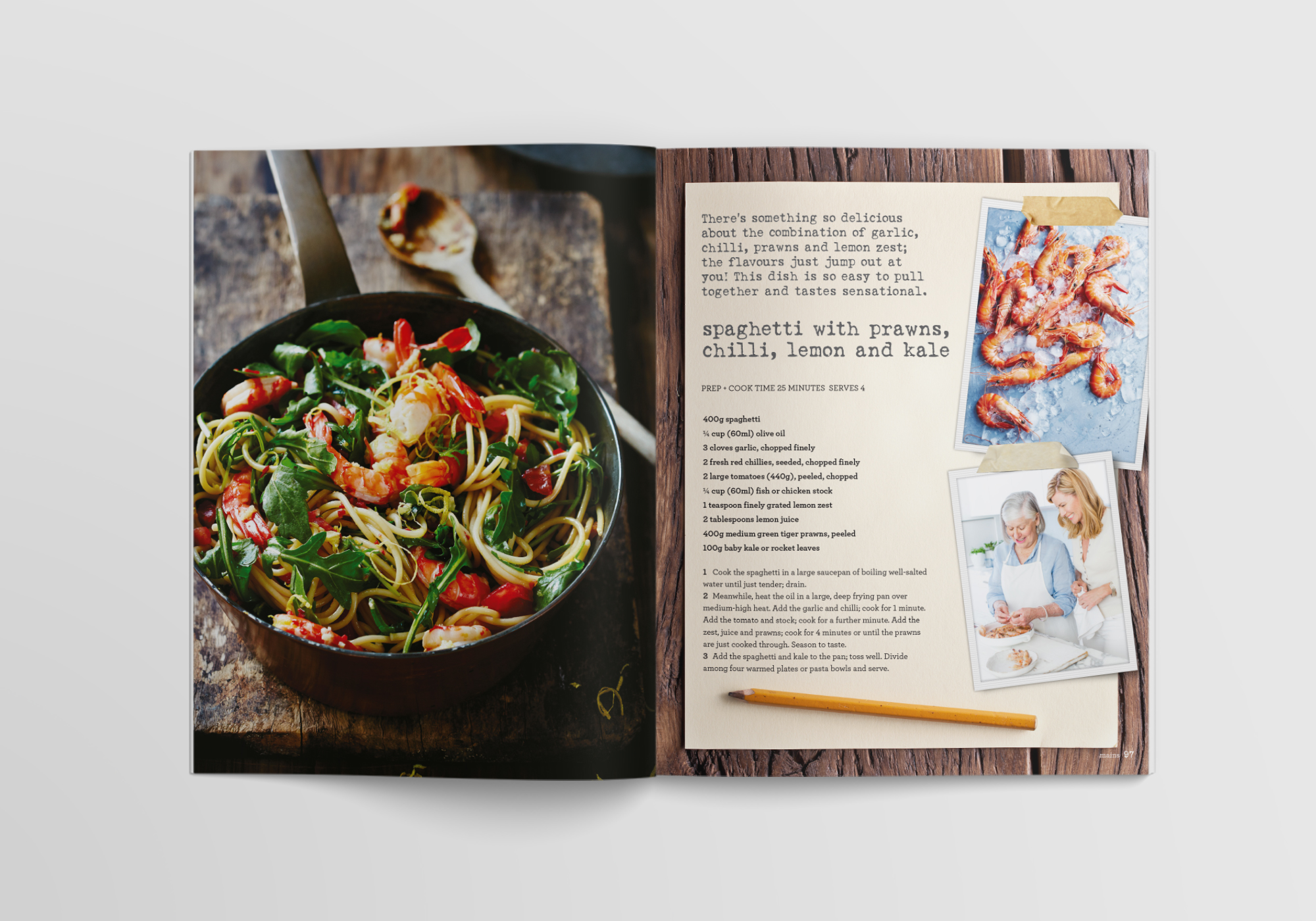 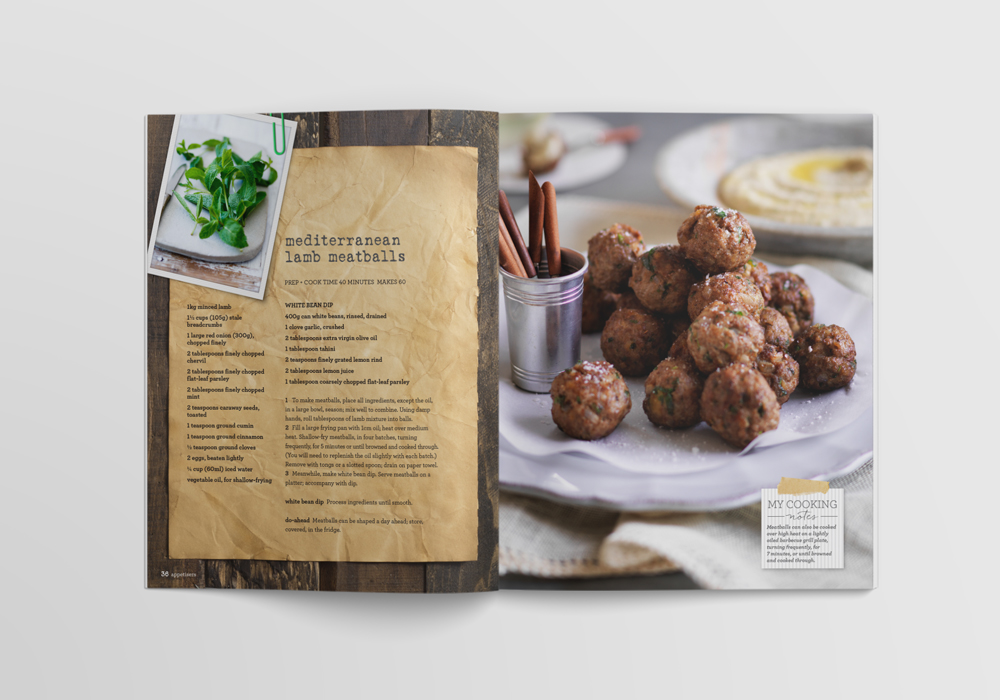 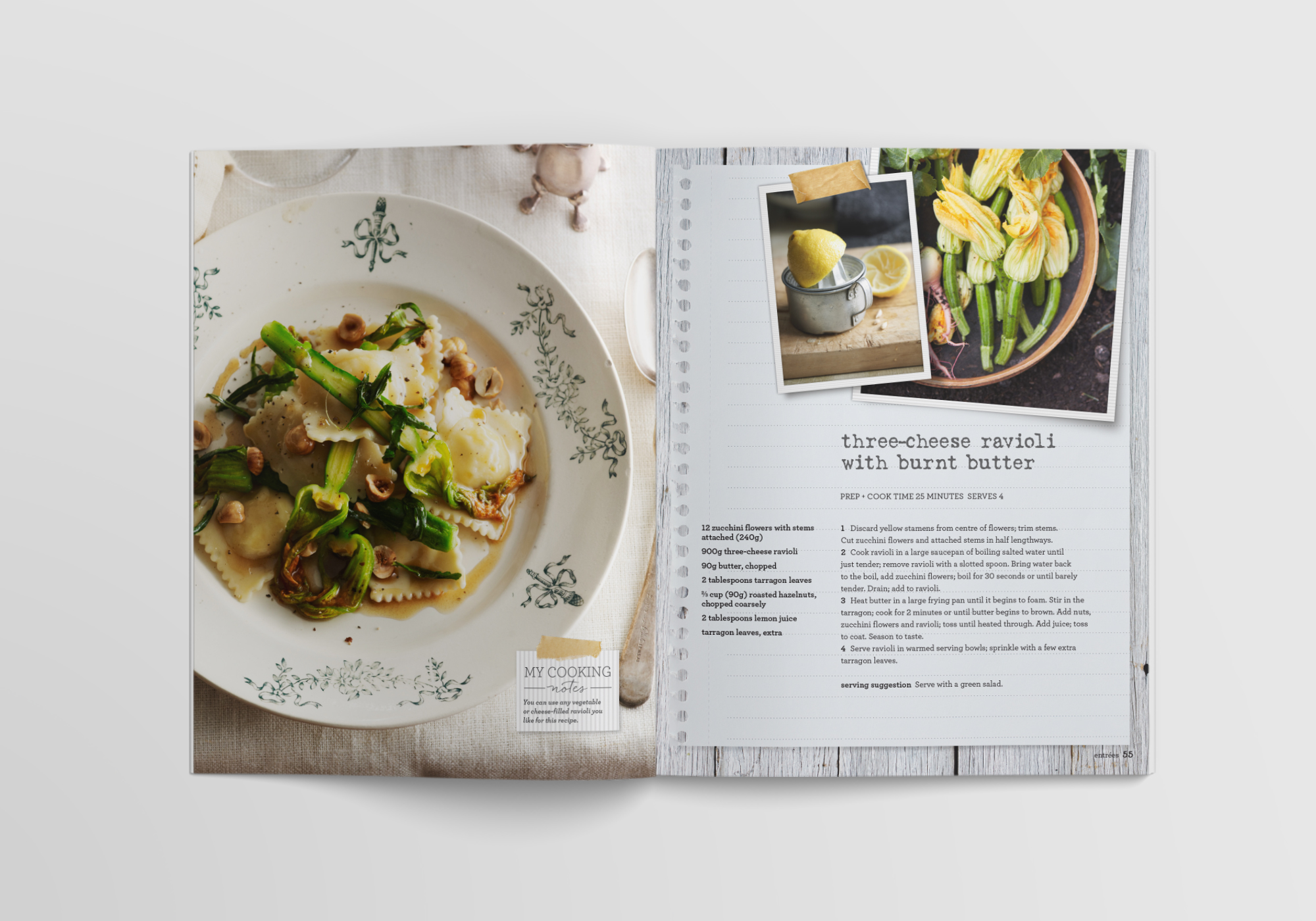 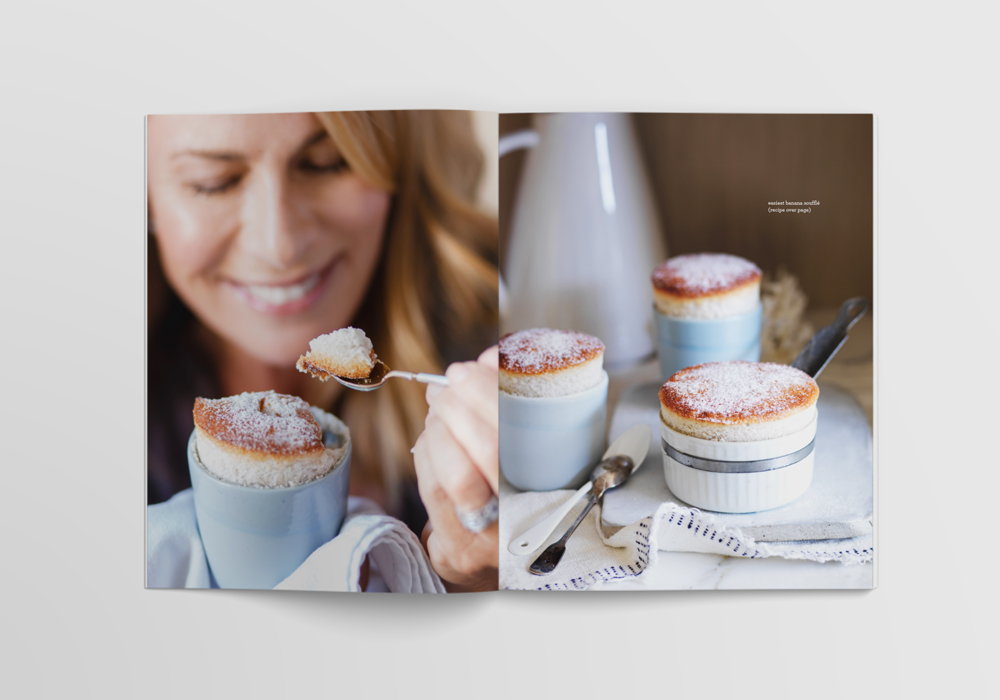 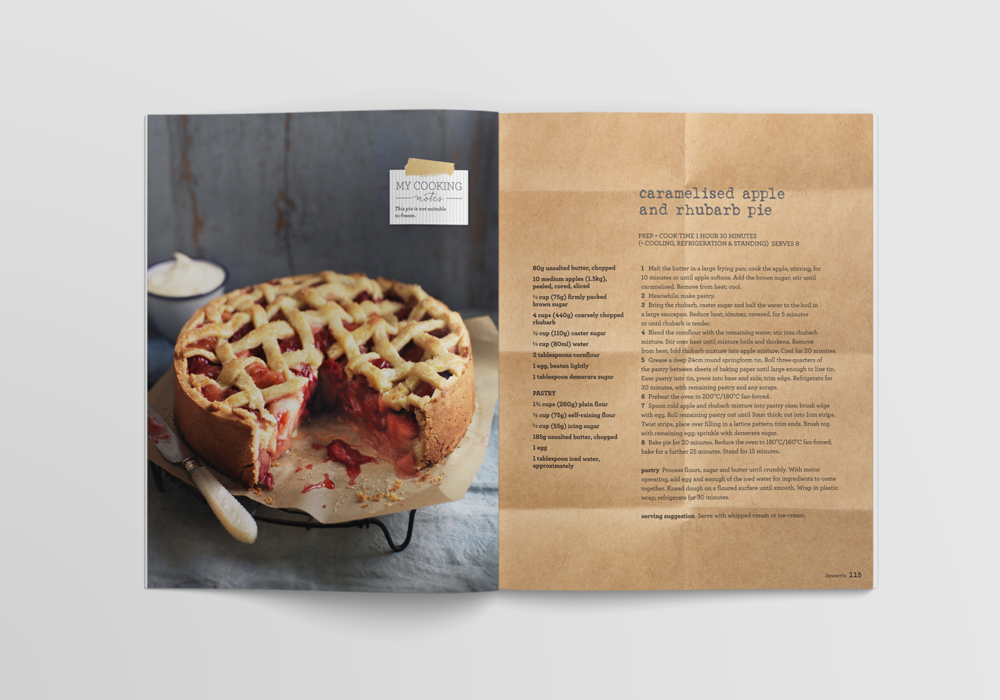 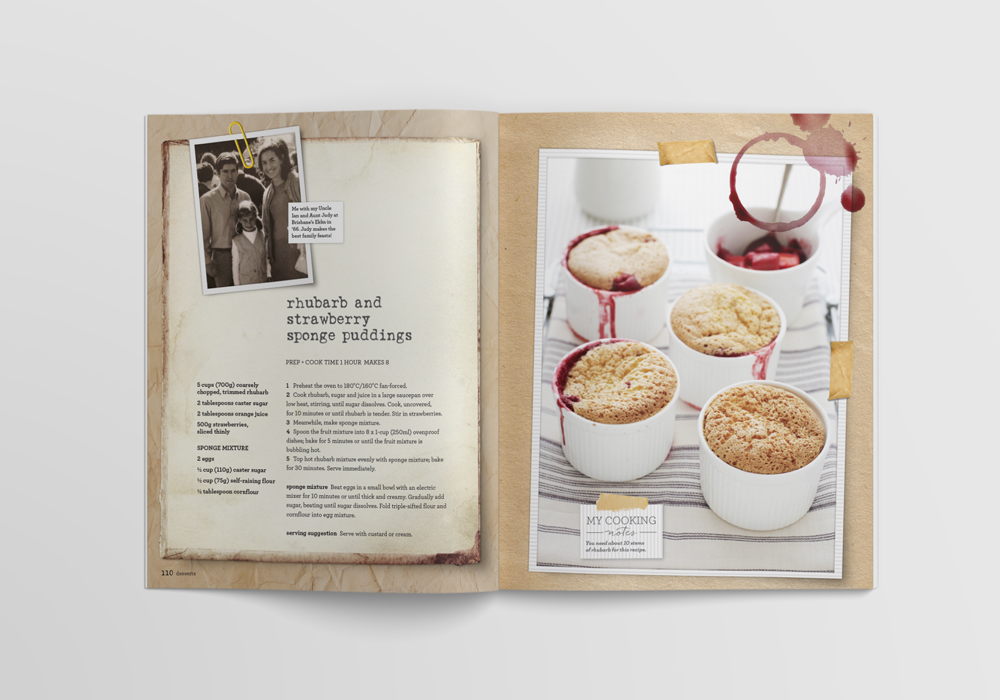 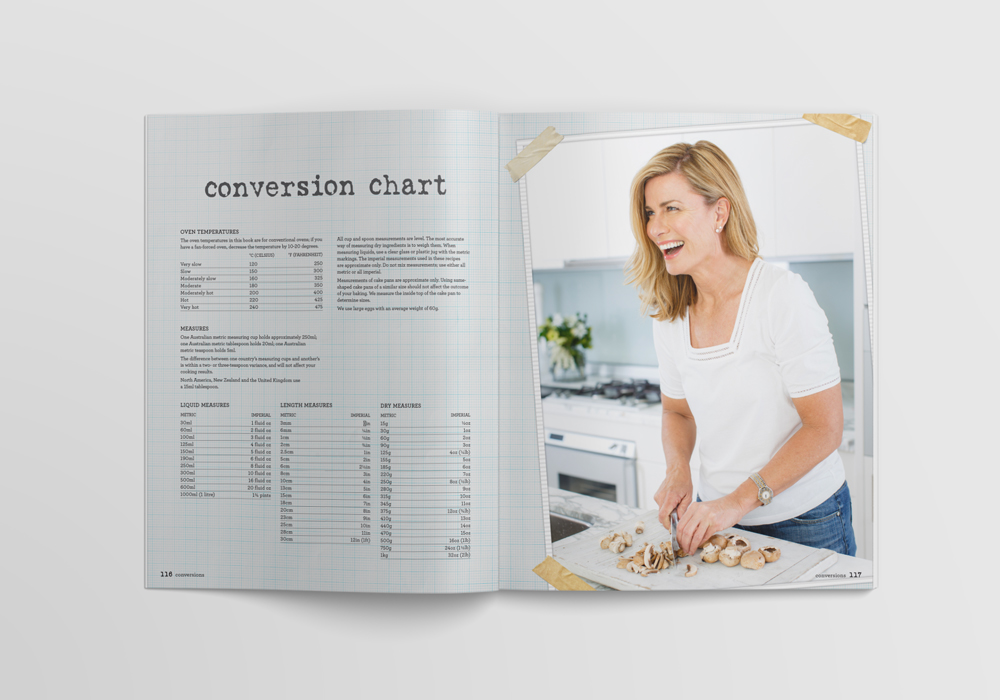 One of the most memorable cookbook projects we have worked on is with Deborah Hutton. The incredibly talented Hieu Ngyuen from Bauer Media commissioned Kollectiv to create the cookbook concept and design as well as art direct the photoshoot.

The cookbook concept and design involved delving into the mind of Deborah Hutton and producing a book that reflected her style. Deborah was sharing her life as well as her favourite recipes. We started by creating three rough design concepts to choose from. After a bit of mixing and matching, Deborah settled on a design that she felt most represented her.

The lifestyle and food shoot was held at Deborah’s gorgeous Tamarama home. Her mum, Dell Dempster, also joined us from the Southern Highlands. The obviously strong bond between mother and daughter wasn’t hard to capture. Additionally, once you got to know Dell, you realised why Deborah was such a well-respected and adored TV presenter and editor.

The images came back and we all chose our favourite ones, including quite a few incidental shots. The aim was to bring out Deborah’s life and personality, and the photography did just that.

Prior to doing this cookbook, we had worked on cookbooks and magazines for Gourmet Traveller, Gourmet Wine, Woman’s Weekly cookbooks, Weight Watchers magazine, Taste.com.au and Living Etc (UK). We had also done jobs for Tourism Australia and Tourism South Australia. In addition, we had also done a number of branding jobs for cafes including Silverbean and Mama Margarita.

From this experience, we gained a large network of Australia’s finest food photographers, writers and stylists. As well as commissioning and directing hundreds of food shoots for publishing and advertising.